Back
Diversity and Inclusion 26 February 2019 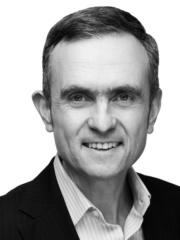 ChapmanCG’s Paul Jury and other business leaders speak about gender pay gaps across various industries in this Institute of Managers and Leaders (IML) summary of the Gender Pay Gap Report. For the original article, click here.

The latest IML Gender Pay Report reveals that if you’re a female working in a C-Suite role, you could be earning as much as 15% less than your male colleagues.

The report presents findings based on an analysis of pay differentials from 2014-2018 between male and female full-time employees within the Australian workforce. The research considers different employment levels and job families ranging from administration to general management. The analysis uses IML’s National Salary Survey, updated in October 2018, and data collected from 460 organisations across Australia, covering more than 250 job roles.

Why the gap persists

According to the IML report, the C-Suite pay gap fell to 9.8% three years ago after a high of 14.7% in 2014. But over the past three years, the gender pay gap for C-Suite roles climbed steadily and is now approaching the levels of five years ago. Bell explains that isolating the reasons for the widening gap at the C-Suite level is challenging. “There are probably more female managers in lower-paying industries. However, our research measures like-against-like job levels and job families, so more female executives working in lower paid industries doesn’t explain the C-Suite gap thoroughly.

“That there is a 14.6% difference in like-against-like general manager salaries is certainly an eye-opening statistic that organisations need to review.”

Libby Lyons, Director of the WGEA, says, “The gender pay gap is a symptom of a broader issue. It reflects the fact that women’s work is traditionally undervalued, and women are often paid less than men.

Where the gap is closing

If you’re seeking work in an industry with closer to equal pay, then look no further than information technology (4.6%) and engineering and science (4.8%). That said, in 2014 the IT pay gap slightly favoured women (-0.1%), and the difference was only 0.3% for females working in engineering and science. On the flipside, the salary gap for women in finance and accounting improved from 13.7% down to 7.1% over the past four years.

IT continuously rates well for women’s pay rates because it’s a result driven industry that typically doesn’t differentiate between male or female employees, notes Bell. “The salary gaps in finance and accounting have dropped because there is greater awareness of gender diversity issues in that profession because of CEOs such as former Westpac boss Gail Kelly.

“That industry was heavily male-dominated, but with high-profile CEOs like Kelly championing the issue and taking it head-on, the pay gap almost halved in the past four years.”

Paul Jury, Managing Director of Australia for global HR executive search firm ChapmanCG, resolutely believes there should be no excuses for gender pay gaps. He elaborates, “Moreover, there’s plenty of research indicating that up to 70% of employers report they have policies in place to support gender equality.

“With the gender pay gap, it is all heading in the right direction, but the speed of improvement is still too slow.”

Personal biases can come into play particularly where objective measures of performance are deficient and create incidences of gender gaps in promotions and pay, reasons Jury. “For senior roles, some managers without access to objective data may tend to promote and reward people they like and whom they perceive are more like them.

“While unconscious bias is hard to rewire, more training, education, and awareness within an organisation can help to mitigate its impact on gender diversity, promotion and pay. This includes putting in place guidelines, along with checks and balances within a business to minimise the gender pay gap.”

Bell agrees more investment in educating managers about gender equality issues is required. “Educating managers who hire staff that pay gaps are not acceptable is a start,” he reasons. “And the fact that skills, experience, and qualifications should be paid for, irrespective of whether a recruit is male or female.”

From a leadership perspective, Bell believes an organisation should have a gender pay gap policy or statement in place that all managers “understand and take seriously”. WGEA research indicates that actions to correct like-for-like gender pay gaps are three times as effective in reducing overall pay inequities when combined with reporting to executives and boards. Bell says, “There’s a lot of large Australian companies that are certainly taking all these steps. All of them probably have a statement from a leadership level, whether it’s CEO down, saying that pay gaps won’t be tolerated.”

Using market data such as IML’s National Salary Survey is another prudent step towards minding the pay gap says Bell. “Employers must understand what the market is paying for a C-Suite role or line manager and it shouldn’t matter whether someone is male or female.”

Another critical way to strengthen employer accountability would be to end pay secrecy, according to Alice Orchiston, an Associate Lecturer in Law at the University of Sydney. To this end the federal Australian Labor Party announced in September last year that, if elected, it will legislate for the introduction of publicly available company-specific gender pay gap data. In an opinion piece for academic journal The Conversation, Orchiston wrote: “If women discover they are earning less than their male counterparts for the same jobs, their legal avenues for pursuing equal pay are limited. It’s difficult to prove and costly to litigate.”

Orchiston continued, “Requiring employers to make their pay records publicly accessible or accessible to employees across the same organisation would create greater transparency and a basis for women to assess their pay, which in turn could facilitate negotiation or legal action.”

The IML 2018 Gender Pay Gap report can be purchased at managersandleaders.com.au/national-salary-survey

To keep up with the latest HR trends, subscribe to our quarterly newsletter, or follow us on LinkedIn.