HR and Talent Trends in Toronto

Toronto is a city that is a rapidly taking its place on the world’s financial and technology stage, which is driving a growing need for top HR talent.

As a born and raised Torontoian, I was thrilled to join Alan Mait in speaking with local HR leaders about the latest HR trends on everything from talent challenges to mental health.

Toronto plays a critical role as both a top financial services and technology hub for North America. Bloomberg reported that Toronto was the fastest growing tech job market in 2017, beating out San Francisco and Seattle.

It has also regularly been ranked as one of the top 10 financial centres in the world, according to the Global Financial Centres Index (most recently it was placed at number 11).

This is a city where entrepreneurs, investors, and technology talent truly work together in an ecosystem.

One former Chief People Officer of a technology firm acknowledged the strengths of the Toronto market in comparison with Silicon Valley. He said that after coming to Toronto, he didn’t want to leave for San Francisco/ Silicon Valley, citing his appreciation for the city’s liveable climate, its amenities and relatively lower cost of living in comparison to San Francisco.

Although five years ago Canada’s emergence in the technology sector was in its infancy, top talent has now started to return or stay on in the city after graduation. Leading Canadian universities such as the University of Waterloo and University of Toronto play a critical role in fostering this competitive new talent.

Whilst Toronto possesses strong overall capabilities, some HR leaders have also observed the market can fall short in terms of finding ‘go-to-market’ capability in terms of Chief Revenue Officers, Chief Marketing Officers and Commercial/Sales Heads that would further elevate commercial activity and competition in the market.

For global companies with headquarters outside Toronto, the HR model often involves smaller local HR teams working closely with their counterparts in the United States and other global head offices. In some cases, major HR decisions are made outside of Canada by the North America or global headquarters, which reflects the natural synergy of these markets.

However, this doesn’t mean that HR leaders are restricted in their autonomy. In some cases, HR leaders in Toronto are able to use Canada as a test market to trial new policies, programs and structures that are then shared with their global headquarters.

HR leaders across the board have mentioned that they are thoroughly impressed with the local HR talent they have hired onto their teams. Some have defined the Toronto HR talent pool as being culturally astute, with a diverse population pool and progressive mindset towards mental health and employee wellbeing.

They also noted that strong commercial HR talent comes at a premium, with a strong demand for leaders who can understand business strategy, including understanding the linkage beyond traditional transactional processes and compliance-related activities.

In particular, one area for further development is a ‘systems thinking’ approach to HR, where HR decisions are understood as part of the broader business model and for how they drive value for the overall consumer.

Toronto on the World Stage

At ChapmanCG, we’ve fielded conversations from global talent outside of Canada enquiring about the opportunity to relocate to Toronto.

Its not hard to see why – driving across the Greater Toronto Area, we couldn’t help but see that this city has a lot to offer new talent. It has consistently been ranked as one the 10 most liveable cities in the world, according to the The Economist, CBRE, and JLL reports. We foresee that the amenities in this thriving city will only continue to develop for years to come.

With the combination of home-grown talent from local universities and an influx of international talent, the need for world-class HR professionals will become more apparent to ensure local organisations are attracting the best and brightest professionals, especially if the next global technology behemoth is to emerge out of Toronto in the future.

We would like to extend our special thanks to our network of HR leaders based in Toronto including Mark Edgar, SVP Human Resources at RSA Insurance; Greg Tessaro, Vice President, Human Resources at Schneider Electric; Jesper Bendtsen, Head of Global Recruiting at Thomson Reuters; and David McDonald, AVP Global Talent, Human Resources at Manulife for our discussions in addition to our hosts at Allergan, Janssen Pharmaceuticals, Kinross and Aviva. 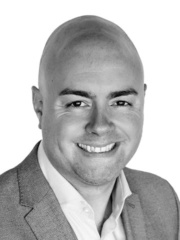