Back
Diversity and Inclusion 28 October 2019 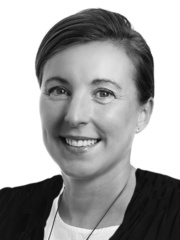 Studies prove over and over again that we are influenced by our unconscious, preconceived views about an individual, which can have a major impact on their career opportunities.

Having a diverse team can result in improved performance through better decision-making and a broader understanding of your customer base. Ensuring you are managing unconscious bias throughout the employee lifecycle can play a critical role in helping to support your diversity and inclusion agenda, and provide more equitable access to career opportunities.

Why tackle unconscious bias at an organisational level?

According to Jennifer Raymond, Associate Professor of Neurobiology at Stanford, ensuring your organisation has a diverse employee base takes a conscious effort. We need to assume, accept and understand that unconscious biases exist, and put stop-gaps and processes in place to ensure diversity prevails in order for our organisations to remain agile and future-fit.

A range of AI tools and standardised processes can help to remove biases from many talent acquisition processes.

For example, language plays an important role in reinforcing an organisation’s underlying culture, which is critical for both attracting and retaining the right talent. Tools like Textio can help to assess the language of everything from role advertisements to emails from senior leaders.

Johnson & Johnson realised their previous role descriptions were written in a male-dominated way, and used Textio to redevelop their role descriptions to attract more women. This resulted in a 9% increase in the number of women applying for roles, which has a large impact for an organisation hiring roughly 25,000 people around the world each year.

Atlassian also overhauled their hiring processes by changing their job advertisements to attract more women, redeveloping their careers portal to better reflect their diversity values, and introducing standardised interviews. They also moved from an emphasis on ‘culture fit’, which can lead managers to hiring people they perceive to be like them, to ‘values fit’, which looks at how a prospective employee’s working style aligns with the organisation’s values.

Consider that, according to research presented in this recent Harvard Gazette story, “Forty-six percent of LGBTQ people hide who they are at work, and fifty percent of non-LGBT workers don’t think there are any LGBTQ people at their workplace.” How does one avoid the pitfalls? Avoid heterosexualism, suggests Stephanie Huckel, senior global program manager of diversity and inclusion at IGT, “which comes from default thinking” — assuming a person is heterosexual unless there is a major visual clue to the contrary. “Our brains do this as part of our unconscious bias,” Huckel says.

If, for example, “we see a feminine person with a wedding ring, we ask them what their husband’s name is.” This is making a assumption about that person’s sexuality which can put them in an uncomfortable position. Being aware that hiding ones sexual preferences at work can lead to enormous stress (and in turn diminish an individuals performance), we recognise that something needs to be done to reset our workplace’s default heterosexual thinking.

Creating a culture where employees are encouraged to tackle bias actively in the workplace is critical to ensuring that bias is managed by everyone, not just the HR team. Thanks to Sheryl Sandberg and Mike Rognlien, Facebook have implemented a mandatory two-hour program led by a facilitator called, simply and aptly, Managing Bias.

The goal is to surface and counteract bias in the workplace. This training, which is available online, focuses on four types of bias.

Facebook boasts a practical, on-the-ground initiative called Be The Ally – an internal program that gives everyone the common language, tools and space to practice supporting others. Their Managing Inclusion program also trains managers to understand the issues that affect marginalised communities.

Policies and processes to help with the heavy lifting

Being consciously aware of your own behaviour and patterns is difficult to do all the time, and people often revert to their default.

Actively incorporating ways to mitigate unconscious bias into policies and procedures helps to make this the easy default action and also ensures the organisation’s priorities clear. For example, some organisations require that a diverse range of candidates be put forward for the final interview round for leadership roles.

At ChapmanCG, if an organisation is aiming to increase women on its senior leadership team, we may actively include a greater number of women at shortlisting stage to increase the likelihood of more women being selected for the final stage.

The law is also catching up – a relatively new law applicable in a growing number of states in the US prevents prospective employers (or their agents) from asking about a candidate’s current salary or salary history as part of the hiring process. The intention of such a law is to reduce existing discrimination in salary based on gender or protected status. It’s a great step in the right direction for the US, but this is still information that is commonly requested in other parts of the world.

Disclosure requirements are becoming more sophisticated by the day, and there are negative PR ramifications for organisations that aren’t keeping up. If you haven’t seen this viral clip of Sandi Toksvig divulging that she is paid 40% of what Stephen Fry was paid for the same job hosting the popular British comedy show, iQ, it’s quite sobering.

Once you have the policies and procedures are in place, measuring their effectiveness becomes critical to ensure they are having an impact.

The Commonwealth Bank of Australia has made large strides, with women comprising 40% of the board and 45% of manager-level and above roles. This is thanks in part to clear KPIs, including previous practices of giving senior leaders KPIs for diversity, which were evaluated in performance reviews and tied to bonuses.

Their diversity advocate, Julie McKay, suggests investing in bold disruptions to ensure biases are shaken out of the corporate carpet. “Targets with teeth, sponsorship with accountability for individual success, and investment in inclusive leadership training are all interventions that I would recommend,” Julie says.

Pilot projects can be used to test innovative interventions that mitigate the effects of bias, and you can create a central repository for sharing strategies and their results. These programs will more than pay for themselves if they help to retain the best talent.

It’s also important to collect feedback from employees to assess if and how the tested solutions are both mitigating bias and enabling other benefits, and how the success has been perceived.

Challenging your own biases

Leading from the front by discovering your own biases is a vital component for any HR leader managing unconscious bias programs.

Recognised as one of the most effective tools available for identifying your own unconscious biases, the Implicit Association Test (IAT), will get you thinking. The test was created by Project Implicit, a consortium made up of researchers from Harvard University, the University of Virginia, and the University of Washington.

To take the IAT, without charge, go to implicit.harvard.edu.

Read more on diversity and inclusion from the ChapmanCG team, and visit our website for exciting executive HR opportunities.