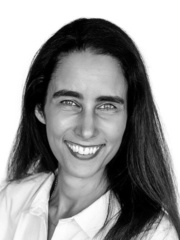 In the 20th Century, the role of the individual employee was simply to follow the instructions laid out by the organisation. Corporations defined how the individual was to fit in and comply. In contrast, today it’s all about how organisations adapt to the individual and how companies can develop the individual’s talents and creativity more rapidly. This challenges many of the deeply ingrained assumptions in traditional management thinking. 1

For most organisations flexible working arrangements have become a given, rather than a ‘nice to have’ or an exception. In spite of this, Australians are working longer hours than ever before whilst Sweden, for example, has recently moved to a six-hour workday. The Swedish claim there has been no decrease in productivity, by virtue of people being happier and more rested. 2

Our Sydney discussion group uncovered many beneficial tips, as well as some interesting learnings regarding workplace flexibility, the highlights of which follow.

Many companies have moved to ‘agile workspaces’ to foster greater collaboration and creativity and to provide services to clients in a more holistic, nimble way. In the case of IBM, the company made the move to purpose-built premises and people are encouraged to work from home or at the client site for part of the week. The newly configured office space offers a range of work-spaces to suit different styles of work, as detailed below:

Whilst it is difficult to measure, organisations with this type of office environment have generally reported a greater sense of collaboration, creativity and freedom.

Care needs to be taken not to over- rotate the office environment into something inauthentic. One HR Leader pointed out that a new purpose built facility, “became somewhat like working on another planet. Services were available on-site from dry cleaning, cafes and a supermarket, to a gymnasium and some people felt a little caged. The lily ponds, ambient music and murals were gorgeous but it didn’t feel real. We want to belong to our environment more naturally because that’s when we’re at our most creative.”

The benefits of collaborating with employees to design and develop the optimal workplace flexibility were widely accepted. These include increased engagement, trust and respect; better workplace culture; and access to a broader talent pool.

What Action Should HR Take?

HR must do more than just formulate policy responses. HR needs to proactively lead the charge on cultural change towards greater inclusiveness by adjusting performance management and talent development systems, reward and re
cognition programmes and organisational capability frameworks to cater for this shift towards flexible working. It has become about providing individuals with the power to connect and achieve their potential.

HR has an important role to play in providing greater enablement for leaders on how to understand the output and contribution of flexible workers. We need to allow an individual to work out how to be their most effective. As Lisa Christy from SAP said, “Having the sounds of children or dogs barking in the background on a conference call humanises work and connects us on a different level. HR needs to ‘call out’ the misconceptions that some people have about flexible working and help the culture move along.”

We’d like to thank Warwick Hall, People and Change Consultant at IBM, Paul Harvey, HR Director at St George Bank and Lisa Christy, HR Director Australia/NZ at SAP for sharing their experiences with the group.

1 By John Tropea in his article “The future of work is to freelance within an organisation — choose your task, assemble to work, then dissolve” www.betterpractice.org