The Chapman Consulting Group has just concluded its HR Leader networking sessions in the cities of Beijing and Shanghai. Hosted at the China headquarters of Adidas, CIGNA, Mondelez and Volvo, more than 100 HR leaders took part in the four sessions also attended by Matthew Chapman, CEO and Tim Spriggs, Director at The Chapman Consulting Group. If you’ve got an HR team with responsibility for China, you should be thinking about the following seven priorities.

Salaries for business and HR positions in China continue to rise at 10-20% on average per annum. Employees who move externally on a frequent basis, are driving up these figures, as new employers typically give increases of 30-40% on average. China salaries, in a global context, have caught up to and even exceeded some major world markets. Foreign talent on expatriate packages being seconded into China, are now amongst the most costly employees in the world.

Having a selection of robust health care plans is now a prime area of focus for many HR leaders in China. Foreign employees on ‘local plus’ packages or full expatriate packages expect world-class health coverage. This is driving up the expectations of locals as well, who are increasingly demanding high quality care. According to Coco Chen, HR Head at CIGNA, China, “Having a transparent, tiered health plan, for different levels or classes of employees, is proving to be an important attraction and retention tool.”

Employee turnover in China is now one of the biggest costs to businesses. Ensuring that your talent retention strategies, particularly for high achieving employees, are as strong as possible is more important than ever. More companies are investing in talent specialists, who work alongside the business and HR leaders. According to Daniel Bass, Talent Head for Siemens in China, “In the last decade there has been an explosion in ‘company universities’ where individuals and teams can be upskilled in-house.”

State owned companies are winning the talent war against multinational organisations, particularly for those employees who are ‘benefits’ focused. “Local companies are setting the standard and multinational companies are having to eat their dust,” says Frank Du, Managing Director at China Fortune Land Development. This is particularly evident now at junior levels, straight from university, and at the age when staff are getting married and/or having children. From a benefits perspective, employees of state owned enterprises are more likely to receive higher quality education, housing assistance and health benefits, as well as leave entitlements. Multinationals must pay particular attention to their benefits plans and the need to benchmark with local companies, as opposed to benchmarking against other countries where the multinational operates.

5. Irrelevance to China of global business or HR trends

Much as we’ve seen in Japan over the past few decades, China talent is increasingly insular, focusing on trends “on home soil” as opposed to what is happening around the world. Multinationals that attempt to sell a career proposition based on international career paths or exposure outside China need to be very careful that this is pitched to those who actually see it as an advantage. “You need to be giving the right pitch to the right target market — no longer can you adopt a ‘one size fits all’ approach and expect people to simply join your company,” said Tim Spriggs, Director at The Chapman Consulting Group.

6. Great HR leaders being poached by the business

In terms of quality, the HR profession in China has progressed by leaps and bounds over the last five years. This is partly due to the Chinese HR Leaders’ hunger to learn and benefit from world best practices, both from foreign HR leaders who have been stationed in China, as well as from assignments outside of the country. According to Jing Wang, HR Head of Shell, “HR Leaders need to think like business leaders — there should be no difference between the two”.

Chinese HR University and post-graduate courses are now booming, thanks to the growing profile of the HR profession, but business leaders are “preying” on gifted HR leaders by moving them out of HR and into business roles. From a talent retention standpoint, this is positive in that it often holds on to an accomplished employee. However, this loss of talent from the profession is hurting the already limited supply of elite HR practitioners.

Mulitnationals and Chinese companies remain very open to foreign HR and business talent. Indeed younger employees who are willing to relocate to China on local terms or on ‘local plus’ packages can often prove to be very cost competitive to locals. However, the Chinese government is now clamping down on visas for foreign interns in favor of hiring locals. Previously, these foreign interns represented an affordable way to bring in bright graduates from around the world to fill in labour market gaps.

The Chinese market represents immense potential for many multinational companies, but the reality of engaging, motivating and retaining a large workforce there remains much more complex than many Global HR leaders expect. The trick seems to be to keep an open mind and learn from those who have gone before. It is also clear that committing maximum resources, in terms of training budgets, as well as broader political support, ensures multinationals the greatest chance of ongoing success in China. 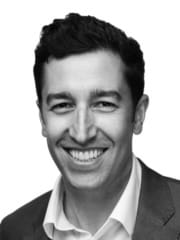