Lisa Westlake, from Moody’s, spoke about leveraging employment branding during transformational growth. As part of her presentation, Westlake talked about the fact that more than 50% of Moody’s revenue is now in emerging markets. Around 28% of employees are in emerging markets and China is the organization’s fastest growing region in the world. An interesting fact that Westlake shared with the group is that 64% of the company’s global employees have been with the company only since 1 January 2010.

Susan Steele, CHRO of Millward Brown, discussed deploying social media to engage employees in Asia and emerging markets. Steele told the group that the company now has 5,000 people spread across 60 countries, with Asia, Africa and Brazil being the fastest growing geographies. Steele concentrated on the company’s successful integration of a social-media based internal system of communication by “Jive” which has reduced email use by more than 25% across the company and also replaced the company’s intranet.

John Patterson, CHRO at Harry Winston, and who was previously Asia Pacific Head of HR of Diageo, spoke about competitively engaging local talent. He talked from his personal experience having been an expatriate in Asia and some of the pitfalls around managing expatriates. He talked about the importance of managing the length and purpose of expatriate assignments, as well as the repatriation process.

Aileen Richards, Global Head of HR at Mars, talked about the power of local leadership and role modeling in driving talent success in growth markets. She gave an inspiring account on how Mars has managed to improve its local talent bench strength particularly in China and Japan. Richards also talked about the hands-on role of senior leaders in the company, including herself, in mentoring high potential employees around the world.

The ChapmanCG CHRO gathering was a huge success, on the back of similar meetings in San Francisco, London, Zurich and several other major locations around the world. The New York CHRO group plans to meet again in October 2013. ChapmanCG will provide the details shortly. 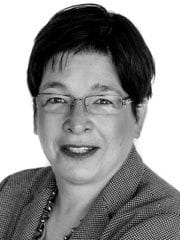