‘Storytelling on Steroids’ and other Innovative HR Techniques: Global HR Leaders Meetings in the Netherlands and Scandinavia

The common thread in all four meetings was about how HR is innovating to keep up with the pace of change in modern day communications, analytics, globalisation, and change. Below are some of the highlights from these meetings, summarised briefly.

In one case study, the group discussed what kind of control HR (or indeed marketing teams) should try to maintain over the way a company’s employee brand image might be tarnished on social media. The overall consensus was that HR needs to accept that they can’t control social media, and they just need to strive to continue being the best they can be from a company perspective. However one CHRO stated that they still find it useful to at least monitor social media, to keep track of the amount of chatter that is ‘off-track’ from where the company sees itself.

This has come up in many global HR networking meetings recently, and many global HR teams are discussing ditching the entire annual appraisal system. In one meeting, a CHRO put it very well: “Since it’s normal for most people to think of themselves as ‘above average’, an employee will normally feel aggrieved when they receive a middle-grade ranking, and the whole conversation about talent then tends to be focussed on the employee on the defensive, and the manager explaining themselves out of the negative label.” These conversations are now becoming more recognised as counter-productive.

The annual appraisal system was also characterised as something that bad managers ‘hide behind’, using HR as a crutch to make up for the managements skills that they lack. So by removing the annual appraisal system, the company expected many existing managers to exit the organisation. We at ChapmanCG continue to watch this trend become more widely adopted, as the momentum for change has definitely accelerated in the last 12 months.

To help ‘fill the gap’ of the annual appraisal system, one company has invested a great deal of money in training managers to become ‘co-active’ coaches. This approach has been designed to encourage managers to ask employees powerful questions to bring out their own natural resourcefulness and creativity, rather than giving advice or coming up with solutions for them. It also relies on coaching someone as a whole person in a holistic way, including the individual’s personal situation, rather than creating the illusion that employees are somehow different people at work and at home. The results of these methods have meant that the company in question was able to increase engagement, and also engender a new culture of continuous feedback and positive personal transformation.

One CHRO discussed how his company was making a huge change from being an organisation led by strong leaders who make gutsy decisions by themselves, into a more collaborative culture. The group discussed the nature and pace of these changes. It was decided that these changes shouldn’t be made too fast, because it would be a disrespect to the large cadre of employees who have come from this culture and built the company into what it is today. However, the company doesn’t always have the luxury of waiting until natural attrition removes these people from the organisation, since their competitiveness in the current business atmosphere may already be eroded. In conclusion, the group agreed that the thing to avoid was to make a sharp pivot from one monoculture into another monoculture. By avoiding the use of too many ‘ideal competencies’ and moving towards a more general definition of talent and potential talent, the company can allow a greater variety of leaders to create a more diverse experience at the top of the management tree.

We have heard a lot about the skill of storytelling in recent years, and many companies these days train their managers not only in the content of what they need to cascade down into their teams, but also in the tools to personalise that message, create a story that’s meaningful, and narrate the message in a way that is much more personal, authentic, and impressive. In one case study, an International HR Leader told the group of a way in which the company invested a great deal of resources into creating a ‘show’ to boost their narrative. This choreographed meeting was designed in a detailed way, down to music cues, which words presenters could and couldn’t use, and even the emotions that presenters were allowed to show on their faces. In this way, the company was able to create the biggest impact for the largest number of people, not only getting intellectual buy-in for the change in corporate direction, but getting emotional buy-in too.

And in one final case study, a CHRO discussed their company’s strategy on harnessing millennials within the organisation. Recognising that this demographic is less loyal but much more flexible, the company expanded its expatriation policies to take into account a broader range of people. The company no longer focused on sending only high potentials overseas, but rotated a lot more employees earlier in their careers. The advantages of this were that it was cheaper than rotating more senior people, and it allowed them to stipulate commitments on those people not leaving the company within 24 months of their international placement. It also meant that many people from the company’s offices overseas, especially where the organisation had large populations such as India and China, could also be moved into Europe for short stints. There they were able to create the global networks needed to be much more successful in their jobs when they returned back to their home locations.

Altogether the four meetings were all highly enjoyable, and we expect more chances to host these forums in the future, to help cross-fertilise the most innovative HR ideas breaking through into global HR practice. Many thanks go to our numerous hosts in the Netherlands and Scandinavia, and we look forward to reconvening later this year.

“It’s always good to meet people in similar roles and exchange ideas. I particularly enjoyed the discussion on driving a global culture but maintaining appropriate local variation since this is relevant for us right now in Maersk Line.” – Peter Baker, Maersk Line

“It was a good networking event with a range of HR professionals from Denmark and Sweden discussing innovation and our talent requirements.” – Tony Bainbridge, Saxo Bank

“I really enjoyed the meeting; itÂ´s a great opportunity to share best practice, and it was really inspiring to get insight how to use storytelling in an innovative way to create commitment.” – Paula Klang, AstraZeneca

“I enjoyed the meeting, and it was interesting to see and discuss the innovation in the HR field in the Netherlands.” – Maryjo Charbonnier, Wolters Kluwer

“What was different and of huge value, for me, was that this meeting was only senior HR professionals and specialists from a range of different sectors and we could exchange experiences in an open and candid way.” – Dr. John Mahoney-Phillips, Royal Philips BV 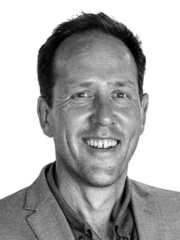