The Intended and Unintended Consequences of Changing Working Patterns in Asia

Much of the group’s discussions hinged on behavioural change, focusing on moving employees away from thinking about how much time is spent in the office, and more towards an output-based culture. Physical presence and face time are still regarded as very important in many markets in Asia. Therefore the shift has been a longer process of trust building, expectation management and milestone setting when compared with other global regions.

In most cases this type of culture change needs to be built environmentally, as well as behaviourally, so there has been a broad investment in office redesign and the wider rollout of flexible working norms. With internal meetings now taking place in more informal breakout spaces, some companies reported an increase in the speed of cross-team collaboration, a more productive and engaging corporate atmosphere, and a growing acceptance of more flexibility in work practices. Conversely, some HR Leaders reported that a better office buzz can also lead to an ‘earbud culture’ where employees need the ability to drown out the sound around them. The group agreed that it’s important to avoid this by creating natural buffers between quieter and noisier areas. In one example, a company had specifically installed a louder air conditioning system, since it produces a white noise that reduces other distractions.

Unintended consequences were also discussed on the subject of remote working. For the most part, companies that had adopted wider remote working practices were reporting significant upsides, the most obvious being the saving of office space in the expensive commercial hubs of Hong Kong, Tokyo, Singapore and Sydney. On the downside, some HR Leaders reported a growing feeling of over-entitlement about how employees are using their time. When someone gets used to working from home on Wednesday afternoons, he or she can feel aggrieved if asked to join an important meeting at that time in the office. It was agreed that there needs to be a two-way street in terms of communication, rather than a top-down approach, but also that high-potential employees should be used as ambassadors for the correct and expected behaviours. In general where communication, management, and mentoring styles have been adapted properly, all HR Leaders reported a rise in performance levels.

The second key agenda topic was the performance review process. HR Leaders agreed that performance review cycles can sometimes suffer from the law of diminishing returns, where Line Managers become numb to the repetitious process of going through an annual talent review process. Most HR Leaders in the room had either discussed or had already experimented with ditching the traditional performance review cycles altogether. One HR Leader put it well by explaining that it made no sense to try to build a collaborative culture on the one hand, only to use a fundamentally adversarial process of defining talent on the other. Another HR Leader reported that most employees didn’t believe the process had anything to do with personal development, but was simply a faÃ§ade for a discussion on compensation and bonuses.

Only one participant reported removing the performance review cycle altogether, in favour of a regime of real-time feedback sharing. Compensation and bonus levels were apportioned by employee potential, rather than performance; however, the HR Leader reported limited success with the new system. As much as the performance review process was reviled, without the form and the process, management simply ignored it entirely with a resulting nosedive in employee engagement. The company ended up reintroducing a process which was simpler than before, and where bonuses were still linked to ‘potential’ ratings, as opposed to a formalised appraisal score. The other HR Leaders agreed that their companies were heading in this direction — not removing annual appraisals entirely, but rather trying to take into account a larger amount of ongoing appraisal data instead of packing it into one ‘artificial’ review discussion. As one HR Leader put it: “If you have a Talent Management system which is 80% good, but there’s full buy-in from the management, this is better than having the best system in the world with a management team that doesn’t care.”

With both of these matters, the takeaway for HR Leaders in attendance was that there has definitely been progress in reforming people practices and behaviours in Asia, so it is important to continue to push the agenda for change. But the caveat is that HR Leaders need to focus on what processes the culture of their companies can cope with, and make any changes in a thoughtful and progressive manner. To move too quickly or to over-complicate a process may well be merely a self-indulgence for HR, rather than a boon for the business. 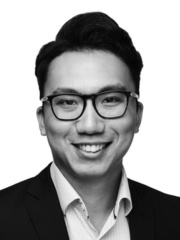